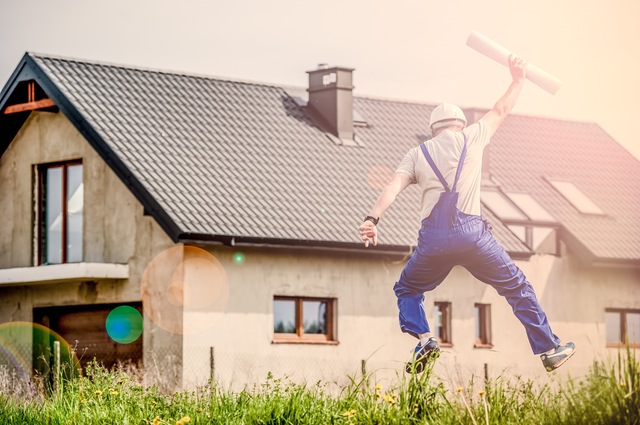 Can you imagine what a Tradie would do without a measuring tape?

Come to think of it, measurements are critical in every area of life… including business.

Most Tradies spend more time out on the job measuring up than measuring how their business is going. Looking at their business numbers is generally not high on their priority list, although I recommend it should be, and not just for Tradies.

Keeping track of and improving five critical measurements in your business can actually result in you needing to work less… a lot less… and make a lot more money… what a fantastic way of being rewarded when you’re paying attention to your business numbers!

So let me introduce you to the first two of these critical numbers now and I will get to the other three in Part 2 of this article.

Let’s say we’re talking about a Tradie, and let’s call him Bob… He’s started his business and is running some ads in the local paper and on Facebook. Things seem to be going okay. The inquiries come in. Bob manages to convert some inquiries into sales. And he finishes a few jobs.

Bob thinks things are going well… until… his wife goes to the bank… and there is NO MONEY.

The phone has been ringing. He’s been busy doing jobs – in fact so busy he’s hardly had time for his family (let alone himself). Where has all the money gone? Let’s see if the numbers can tell the story.

To illustrate this scenario I am using the following example:

So by deducting the Cost of Goods / Direct Costs ($) from Sales ($), you arrive at the Gross Profit in dollars. Of course Bob will need to invest some of his gross profit into buying further materials to be able to do more jobs to earn more money. He understands that he needs to make enough money to purchase more materials AND feed his family.

The trouble is that he’s only looking at the gross profit on a job by job basis and since he’s got more than one job going at any one time Bob is bound to lose track of where he really sits on the percentage scale of his Gross Margin.

Does he now have enough money in the bank for his wife to be able to meet all household expenses? Not quite. That’s where the second critical number comes in.

Most people understand that Markup in business is what defines the profit margin further. Markup is calculated by using this formula: (A-B)/B, and in our example, it equals 33.33%.

So how much Markup can Bob place on his services or materials to increase his bottom line? The answer is partly determined by market conditions but also by the kind of clients Bob is helping with his business. Most importantly, however, Bob would want to know his Gross Profit in dollars before making a decision on how much Markup he should apply on his Sales, which could be either labour/service cost or the sale price of materials and other goods he needs to provide services to his customers.

In order to know how much gross profit Bob makes overall in a month and then work out what his gross margin percentage is, Bob needs to keep track of his business numbers, what he spends on material costs and what he makes on labour. Whether he does it himself or gets some help from his wife or an external bookkeeper, Bob really needs to document his transactions in a timely way.

Bob can do one other thing to learn whether he has a profitable business: he can look at benchmarks from other businesses in his industry. However, for that, he would also need to know what the real figures in his business are to make a comparison. As you can see, from little things big things grow.

When Bob starts documenting his critical business numbers he can then create a budget and cash flow forecast. Armed with this information he can begin to have more certainty regarding his business’ income. Bob’s wife would be pleased immensely and Bob would have peace of mind instead of sleepless nights pondering how he can make the business work better.

Please Note: Many of the comments in this article are general in nature and anyone intending to apply the information to practical circumstances should seek professional advice to independently verify their interpretation and the information’s applicability to their particular circumstances. Copyright © 2017 Robert Bauman.